Students who are looking towards applying to universities and colleges in the United States are often put off when they come to know of the exorbitant tuition fees charged by most institutions. Although obtaining higher education, of course, is going to benefit students in the long run, more and more students are now looking to reduce the potential tuition bills that they are likely to have to pile up. Taking a loan is one option, but it is not an option that is feasible for many. After all, you are required to pay the loan off someday, and no one likes living in debt. Instead, there is a growing trend of American students looking towards other countries that offer free English medium programs for international students. Check out the list below of the 6 countries that offer practically free programs:

If you are not deterred at the thought of living in a brutally cold environment and have enough resources to live in a place that brings up one of the highest living costs, then Norway is the place for you. Most public universities offer free tuition. You can consider checking out the University of Bergen, University of Oslo, and Norwegian University of Science and Technology – who knows, you might just be getting a topnotch education without having to worry about student loans!

For the longest time, both international and local students studied for free at the state universities in Finland. From 2017 onwards, however, international students are required to pay somewhere around $1700 (or even more) each year. The amount paid depends on the type of program and degree that you opt for. However, students who are enrolling in doctoral programs can still study for free if their programs are in Swedish or Finnish. The Finnish government is also working on offering academic scholarships as well as financial assistance to students from all over the world who have stellar academic backgrounds.

This is a great place for those students who wish to pursue any research-oriented doctoral programs. In fact, some places additional also give stipends to doctoral students, even non-residents. However, if you are considering going to Sweden, you should still keep in mind that the cost of living is exceptionally high, so that is something you will have to budget for even if you are not paying any tuition fee.

The country is working hard to attract skilled workers, so this is a very popular place among American students. If you choose to attend a German public university, you get to study for free. A huge plus point of studying in Germany is that several programs are offered in English, and so you do not even have to learn German to study there. There are plenty of top-ranked universities in the country, such as the University of Bonn and the University of Munich.

This country truly offers one of the most vibrant experiences to students from the United States. It boasts a rich culture, which leaves you with plenty to explore. In addition, you also have popular tourist destinations nearby, such as Croatia or Italy. And, of course, there is the biggest advantages of free programs at universities. Most of the programs offered are in English, so you do not need to be worried about learning the local language for university. Of course, it is always helpful if you know enough of the language to be able to converse with locals in the region and live your everyday life.

One of the main things that people are often concerned about when it comes to France is the fact that the French are notorious for not speaking in anything other than French. Indeed, students had to be fluent in French in order to seek higher education in the country. Today, however, most private and public universities offer various programs in English as well. If you choose to attend a public university, you might have to pay several hundred dollars each year. How much you pay exactly will depend on the type of program you study as well as its degree level. France has also come up with another version of the tuition fee payment model, which allows EU students to pay an amount that is based on their family income. This could have an effect on the amount of money that international students are required to pay.

At present, Europe is one of the most popular and well-known places amongst students in the United States, who wish to achieve a world-class degree at a fraction of the cost. However, other countries also have public universities that offer practically free programs, such as Brazil and Mexico. All that students have to pay is the registration fee, which is a small amount especially when you take the exchange rate into account. Some of these programs are also offered in English, so language is not always a problem. In fact, if you study south of the United States, you also get the chance to learn the language of commerce, like Portuguese and Spanish.

Other places that you can also consider include China, which will set you back by approximately $3000 per year. This, too, is considered affordable when you compare it to the tuition rates in the United States. However, keep in mind that the best scholarships are usually offered to those students who pursue their programs in Chinese.

(Editor) I am a 3 times winner of a fully funded scholarship and studied abroad in top Universities without paying any single penny. I hold a PhD degree in engineering and enjoyed the benefit of studying in most prestigious institutes of China. It is my passion to write on topics that help students to understand how they can find and apply for scholarships abroad and how they can conduct their academic research work effectively. 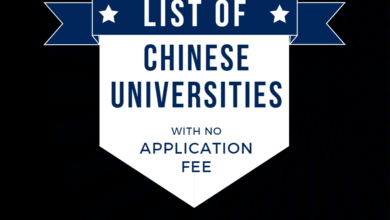 Chinese Universities with or without Application Fee for CSC Scholarship 2020 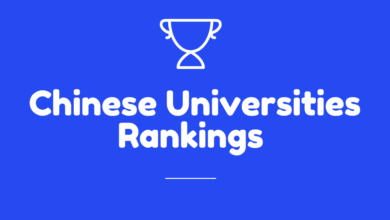 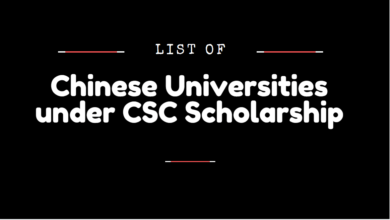 How to Make Your Article Ready for Double-Blind Peer Review: Guide to Prepare Manuscript for Peer Review
2 days ago

How to Make Your Article Ready for Double-Blind Peer Review: Guide to Prepare Manuscript for Peer Review

5 Benefits of becoming a Peer Reviewer for a Journal: Why consider becoming a Journal Reviewer?
2 days ago

5 Benefits of becoming a Peer Reviewer for a Journal: Why consider becoming a Journal Reviewer?