A letter of intent can be any document that conveys the intentions of the writer to the individual reading the document. This document should talk about any agreements that involve two or more parties before the contract or agreement is finalized. One could think of this as heads of agreement, term sheet, or memorandum of understanding.

The term ‘letter of intent’ can be abbreviated as either ‘LoI’ or ‘LOI’. If this term is used in a legal contract, it is often written in bold and in capitals as follows: “Letter of Intent (LOI)”. The main purpose of writing the intent letter is for the writer to talk about his/her interests depending on the context, such as college admissions, job applications, or scholarship applications. It might also be used in business.

#1 Letter of Intent for Universities

Most universities require applicants to submit letters of intent, which are usually referred to as a statement of purpose. This is a brief and concise essay, which should talk about why the student wishes to apply to this particular program. It should clearly outline students’ intentions of applying to the school or university, as well as why they believe they are a good fit for the program. Students should include their academic and professional backgrounds as well.

#2 Letter of Intent for Scholarships

Students who wish to apply to scholarship programs will also be required to submit an LOI by the awarding authority. This letter should be written by the aspiring candidate, and should clearly indicate his or her intentions about applying for that scholarship. The LOI is a formal document that should also outline the objectives, qualifications, and skillsets of the applicant to the awarding committee.

#3 Letter of Intent for Hiring

Letters of intent for are also used for hiring purposes. These are forms that need to be filled out by candidates applying to organizations for work opportunities prior to actually getting hiring by the respective organization. It is used to inform the company that the applicant is keenly interested in a particular position within their structure.

#4 Letter of Intent for Jobs

Individuals applying to jobs may also be required to fill out an LOI for that particular job. This can be seen as a cover letter, which talks about how qualified the applicant is for the job.

#5 Statement of Intent or SOI

A statement of intent is also abbreviated as SOI sometimes. In literal terms, this is any statement by an individual that declares that he or she intends on performing a particular task in light of certain circumstances and at an appointed time. Essentially, it tells you how someone is expected to behave in the near future.

In terms of school or university admissions, the offer letter is sent out by the academic institution to the individual to convey that he or she has been accepted into the program. The individual then retains the right to either accept or turn down the offer.

Difference between Contract and Letter of Intent

A contract is legally binding on the concerned parties and maybe also contested legally. However, a letter of intent is not considered binding.

Difference between Letter of Intent and Memorandum of Understanding

A letter of intent is going to contain details such as duration, cost, and any other contingency that might come up during the agreement. It is not considered to be legally binding nor can be it contested in any court, unlike a memorandum of understanding or MOU.

Difference between Letter of Intent and Inquiry Letter

A letter of intent may be sent by an individual to any company where he or she would like to apply for a vacancy, even when the company itself has not sent out an invitation for applications. Individuals can choose to submit intent letters when they hand in their applications at career fairs. They should sound professional and be constructed with great attention to language and tone. This plays a key role in determining how suitable the candidate is for the scholarship, job, or admission.

If a company has not advertised vacancies, then an inquiry letter can be sent out. This letter is more general, as it talks about the type of work one wants to do. For example, the writer might specify the department in which he or she would like to work. An inquiry letter does not need to contain any specific details about the job.

If a letter of intent is used in business transactions, then it may be legally binding for the involved parties unless it is already specified that it is not a binding document. Even if the document already states that it is non-binding, it is still worth noting that the document could prove to be binding in court in case the wording of the document is unclear.

(Editor) I am a 3 times winner of a fully funded scholarship and studied abroad in top Universities without paying any single penny. I hold a PhD degree in engineering and enjoyed the benefit of studying in most prestigious institutes of China. It is my passion to write on topics that help students to understand how they can find and apply for scholarships abroad and how they can conduct their academic research work effectively.

Letter of Intent (LOI) for Scholarships Template, Example and Sample 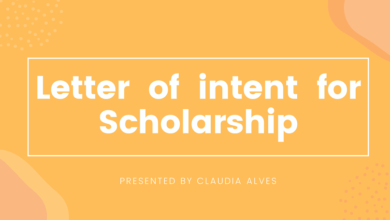 Letter of Intent (LOI) for Scholarships Template, Example and Sample

Research Impact: Assuring the impact of your Research: Blueprint to Guarantee your Research Makes an impact
3 days ago

How to Make Your Article Ready for Double-Blind Peer Review: Guide to Prepare Manuscript for Peer Review
5 days ago

How to Make Your Article Ready for Double-Blind Peer Review: Guide to Prepare Manuscript for Peer Review

5 Benefits of becoming a Peer Reviewer for a Journal: Why consider becoming a Journal Reviewer?
6 days ago

5 Benefits of becoming a Peer Reviewer for a Journal: Why consider becoming a Journal Reviewer?