Italy is one of the most popular study destinations In Europe. It is also the most sought after country under the infamous exchange program called Erasmus. The architecture, the landscape and not to forget the food are some more reasons to study in Italy. In terms of education, Italy is the most competitive country in all of Western Europe. The universities themselves look like pieces of art and the education system follows non-traditional methods of teaching which is meant to prepare the students for the challenges of professional life.

Note that students studying in English also have to prove their Italian proficiency at some point during their course of study. This helps them interact with people and prepares them for their professional life in Italy.

Can you work on a student VISA in Italy?

Students from the European Union can work full time just like Italian students. Students from outside of the EU can only work part-time for 20 hours a week (not exceeding 4 hours a day). For searching for employment after school, students may need a good grip over the Italian language.

Living Expenses in Italy for students:

The cost of living for a single person in Italy is around 1500 Euros. Italy is slightly cheaper than most of the Western European countries. This cost may go up and down depending upon what area or city you choose to live in.

Italy’s higher education is divided into colleges, universities, polytechnics, and specialized post-graduation schools. The top five schools in Italy are:

Almost every Italian university gives out scholarships and grants to its students. Most of the higher educational institutions are public. The scholarships are either sponsored by the universities, the government, or by private donors. Let’s take a look at some of them:

The Ministry of Foreign Affairs and International Cooperation (MAECI) of Italy offers Italian scholarships to foreign students every year. The grantees can study in any educational institution in Italy. These scholarships are offered for studying undergraduate programs, courses related to music, dance, Italian language, arts and culture, and supervised Ph.D. programs.

The benefits of the scholarship include; exemption from paying tuition and enrollment fee, health, medical and accidental insurance, and a monthly stipend of 900 Euros. The scholarship is awarded for a period of up to nine months.

Platinum: The Platinum Scholarship awards the students an amount of 10,000 Euros and a tuition fee waiver. The scholarship recipient only has to pay an administrative fee of around 200 Euros.

Gold: The Gold scheme awards a stipend of 5000 Euros per year and a tuition fee waiver. The scholarship beneficiary gets the amount in installments of two or three in a year.

Silver: The silver scheme only contains a tuition fee waiver. The student will have to pay for the living expenses all by himself/herself. He/she will also be obligated to pay the administrative fee.

The University of Bologna is awarding tuition fee waivers and study grants/stipends to its meritorious international students enrolling in First, second, and single-cycle programs. Almost 5 awards will be given to the students of first and single-cycle programs. The value of these awards is a tuition fee waiver worth of 16,000 Euros and a study grant of 11,000 Euros.

17 awards will be given to second-cycle degree students which include a tuition fee waiver of up to 100,000 Euros and a study grant of around 11,000 Euros. These grants are only open for international students whose previous education was from a country other than Italy.

University of Padua grants around 100 scholarships to refugee students. The value of the scholarship is a tuition fee waiver, and some other student services free of cost like on-campus accommodation, meals in the university cafeteria, etc.

Another scholarship offered to only international students is in the fields of engineering, IT, Economics, and Management Sciences. The scholarship is awarded for a period of one year and gives a monthly stipend of 900 Euros. The stipend can be used to cover living or study expenses. The scholarship can also be awarded for the second year of the master’s degree provided that the student meets certain criteria in the terminal examination results.

Scuola Normale Superiore Scholarships for the Ph.D. programs are offered in the fields of data science, molecular sciences, philosophy, mathematics, political sciences, sociology, classics, mathematics, etc. The scholarships are being awarded to both local and international students and the number of awards is 68.

The scholarship benefits include tuition fee waiver, exemption from paying board charges, and accommodation charges. The students will also get a grant for conducting research locally and abroad.

If the recipients meet certain criteria at the end of their first year of getting the scholarship, they will automatically be considered for renewal for the second year. 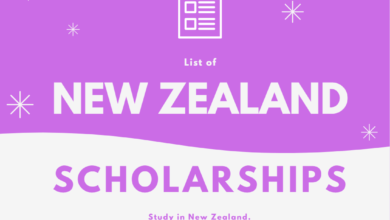