The Excelsior Scholarship 2021-2022, in combination with other student financial aid programs, allows students to attend a SUNY or CUNY college tuition-free.

A recipient of an Excelsior Scholarship may receive up to $5,500.

To determine the award amount, the 2016-17 resident tuition rate charged by SUNY ($6,470) or CUNY ($6,330) will be reduced by the amount of certain other student financial aid awards which an applicant has or will receive for the academic year, including an NYS Tuition Assistance Program (TAP) award and/or federal Pell grant. The Excelsior Scholarship will cover any remaining tuition liability up to $5,500, and a tuition credit will cover any remaining tuition expenses not covered by the Excelsior Scholarship.

A recipient of an Excelsior Scholarship is eligible to receive award payments for not more than two years of full-time undergraduate study in a program leading to an associate’s degree or four years of full-time undergraduate study, or five years if the program of study normally requires five years, in a program leading to a bachelor’s degree.

To receive award payments after the initial application year, an Excelsior Scholarship recipient must annually complete the Free Application for Federal Student Aid (FAFSA) and the NYS Student Aid Payment Application each year.

Catching Up on Credits

A student who is not on track to complete an Associate’s degree in two consecutive years or a Bachelor’s degree in four consecutive years (which requires completion of the equivalent of 30 credits each academic year) can catch up on missing credits to become eligible for an Excelsior Scholarship. If you successfully earn additional credits during a term or academic year and get back on track to completing your degree on time, you will be eligible to receive an Excelsior Scholarship for the remainder of your undergraduate degree program.

If you are in an opportunity program, the Excelsior Scholarship program allows five years to complete your degree on time (which requires completion of the equivalent of 24 credits each academic year).

If you are in an undergraduate program of study normally requiring five-years, the Excelsior Scholarship program allows five years to complete your degree on time (which requires completion of the equivalent of 30 credits each academic year).

How to apply for Excelsior Scholarship Program? 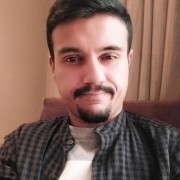 Top 10 Scholarships in 2022 for International Students: Open for Applications